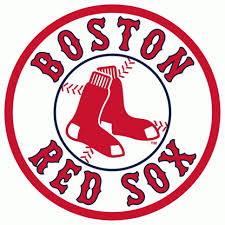 Frances worked as an Inspector and Packer at the Ludlow Paper Co. in Ware for several years.  She was a wonderful homemaker who enjoyed flower gardening, crocheting, which she made over 100 Afghans for ‘Warm Up America’, and knitting. She was also avid Bingo player.  Her happiest times though were being with her large extended family.  She was an avid Red Sox fan who never lost her Red Sox Nation spirit – even through the bad seasons.  She would often say that she, “liked the Red Sox and whoever can beat the Yankees!”

She was a member of St. Augustine Mission Church in Wheelwright, where she served as a Communicant, and was very strong in her faith.  She was always thankful to God for her long, well fulfilled life.

A Funeral Mass for Frances will be held on Tuesday, July 2, 2019 at 11:00AM in St. Augustine Mission Church, 98 Church Lane, in Wheelwright.  A calling hour will be held prior to the mass from 9 to 10AM in the Varnum Funeral Home, Inc., 43 East Main St., in West Brookfield.  Burial will be in Worcester County Memorial Park in Paxton following the mass.

An online guest book is available at varnumfuneralhome.com

To send flowers to the family or plant a tree in memory of Frances B. (Vigeant) Johnson, please visit our floral store.